What leads us to 2018 and our future…?  All of this work we’re now doing.  So I glance at a notebook which seems full after this 11/11 passageway.  I was often noting and now review.  Often these transitions can seem quiet yet we also knew something is going on.  And, I’ll note the current energy, too.  Honestly there are parts of it that feel, thick.  We’re forerunning the next and it does get easier.

So I’ll say that one just can’t force/push so frequent mini-rests/meditations may assist.

As previously noted now has been about, reality.  While we’re dialed in, one never knows exactly how the next will present.  So I received some reminders/guidance on, as reality presents, if we can participate in the calm/observer setting, it’s easier to see/know… and to clear anything that might of, in the past, really impacted us (more in the not so great way).  When one is o-p-e-n… it’s also easier to see the unlimited options… and reasons why a reality is playing out.  And, what our role is to be… yet this is also a choice.

At times we do zoom in and focus on an issue.  Yet we also need to zoom out and see the bigger picture, too.  This can be confusing if one’s been held in 4D which is all about discerning/healing as each individual issues arises; a stage many go through.  Yet at some point one goes multidimensional and then several issues may arise at one time or an issue needs to be worked through the dimensions.  So it’s juggling and it all does come around.  I think juggling works because one believes and know it’s a graceful letting go and flow of motion.  So now may be experienced as a 360 discernment process – mentally, emotionally, physically and spirituality as well as both ends of the spectrum.

And, let’s just add another skill, too.  When does one… jump (quantum/realities)?  Well Spirit referred to it as this:  When you can’t fix what isn’t broken.  Ahh as one may see something in need of an overhaul/change yet it may very well serve many.  So one let’s go and jumps. 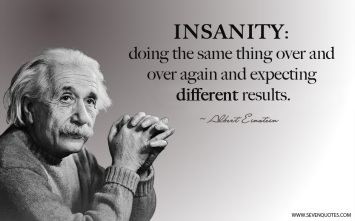 (I then also heard, can’t fix stupid… yet this was just to get me to even more let go/loosen up and laugh.  Really nothing is stupid as all paths serve and are sacred.)

This also ties into something many of us have been doing for a few years now (yet may not realize).  Our torus field.  Our light body… aura and energy.  It is indeed a gift!  And we’re being invited to learn/remember and practice in using it in new ways… to include connecting on the light grid.  See where meditations guide you.  And with this next pulse/now… some will be feeling the physical part of these upgrades/changes and they can feel flu ish.

If one is having any control issue… haha, these may be brought up now.  While we do have free will…  We’re both practicing and mastering life as a higher dimensional being in a certain time/place.  Here and now.

Often we are guided by signs/dreams/messages from Spirit.  This is a time of discerning and knowing/shifting self.  Feeling that resonance/click.  It does make all the difference.  Spirit is also making sure we are… rooted… and not to be swayed or uprooted by outside forces.  Others create their own reality and often invite us to join in.  Is this what you love?  Is this now your highest calling?  Excites you?  Possibly if one can work with/elevate the energy.  And be who you wish to be… an illuminated presence in this world.  We are being called to update our thinking/actions/software.  To find our truth and hold on (loosely) to that.  We’ll align here soon and it will be worth it.

In light, love and service… thanks for reading.   ❤

6 comments on “Hold in perspective”

I’m so glad that you are here! Look around… stay awhile… enjoy. This site contains personal blogs and resources to assist in the journey. My writing is self-help – metaphysical in nature. I keep it real yet, light as I write the messages of LOVE I receive and on my/our awakening, ascending, embodying experience. I offer just a perspective and things are not always as they appear.  At times another/deeper look is needed :)  So if you have longing or “why” questions, congratulations – you are wise and BRAVE! Now the fun starts. Feel free to reach out, search (below)/look at older articles (archives) – I write on a variety of topics. Blessings on this journey of healing, remembrance and awe.  <3